Jobs that some people believe are only for women 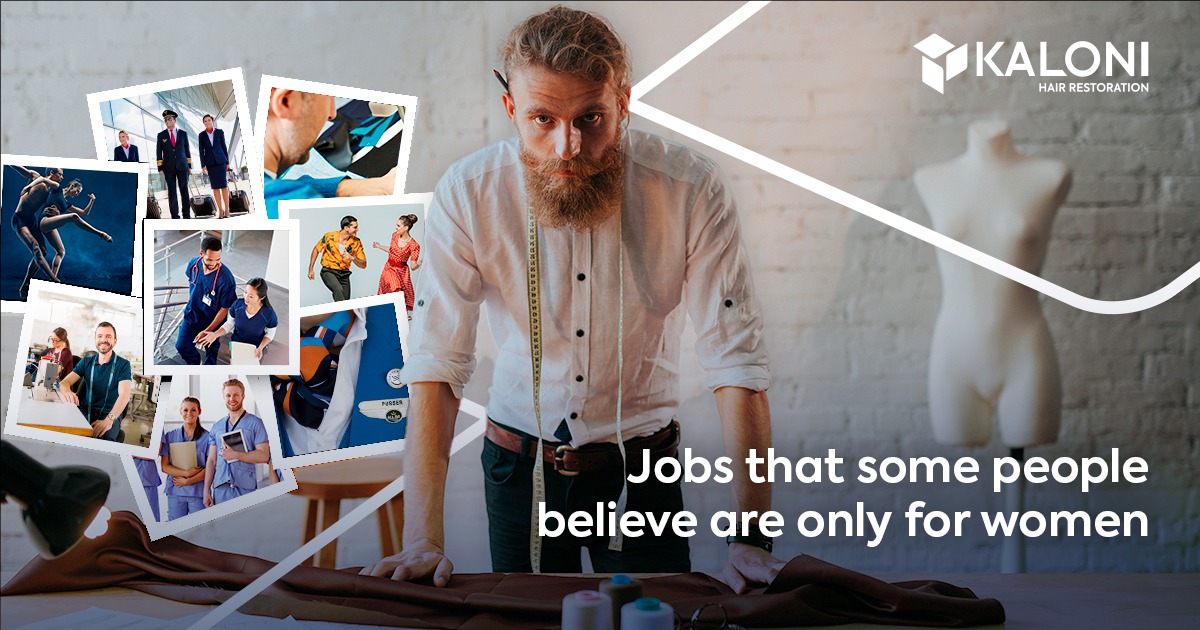 Jobs that some people believe are only for women

As societies evolved and different forms of government took shape, tasks were assigned to each sector of the population, and gender roles began to define the working lives of men and women.

Across millennia, work duties related to care, assistance, household chores, and child rearing, were thought to be meant for women, who were also expected to demonstrate obedience and subordination.

Men, in turn, were expected to perform activities and tasks that asserted their masculinity, leadership, and productivity: tasks where they could demonstrate their power and strength.

Although many women successfully undertook jobs traditionally held by men in fields such as science, proving that these beliefs surrounding gender roles were absurd, a long time would go by before posts, minds, and universities opened up equally.

In contrast, men have had a harder time going into professions wrongly considered to be “feminine”–although they have done so and continue to do it–, due to social stigma and prejudices, which lead to disrespectful treatment, particularly by their fellow men.

Below are a few professions that used to be labeled as “women’s jobs,” but that more and more men are undertaking and succeeding at, breaking gender stereotypes along the way:

Sewing has always been regarded as a job for women: learning to use the sewing machine, cutting, hand-sewing with a needle and thread… It was believed that only women were suited for it. For years, this profession, closely associated with fashion design, was seen as an activity for women or “effeminate” men, although there was no truth behind this notion. Every day, there are more and more male designers who even sew their own designs as well.

Some will ask, “but what about tailors?” But this job is also surrounded by prejudice: it is believed that only men can do it, which is not true.

For the longest time, there existed the ignorant belief that dancing, especially as a profession, was for women, but, as we all know, there are many ritual dances across cultures where men are the protagonists.

Fortunately, times have changed, and dancing is a very prestigious profession around the world, given all the skills and dedication that it requires. Naturally, having both women and men performing on stage makes for a beautiful spectacle enjoyed by all.

In 1859, Florence Nightingale led the way for nursing to become regarded as a real profession, but it was still seen as a “women’s only” job, since it was taught by nuns, and, according to 19th century sexism, men were not interested in it. However, men have taken part in medical care and assistance since the dawn of civilization, especially as doctors, although, yes, this was also due to the sexist practice of excluding women from certain spaces, which is what the ancient Greeks did, for instance.

Fortunately, the number of men who choose to study nursing is increasing nowadays, challenging stereotypes that have hampered society for centuries.

As more men go into this profession, women have also made great strides as airplane pilots, bringing more diversity to the airline industry. Although most of the work done by flight attendants is meant to ensure the passengers’ safety and to make sure that they follow the necessary regulations, flight attendants also provide services to make their experience on the air more comfortable.

Although flight attendants used to have to meet very specific requirements (and still do, to a lesser degree), and the profession was heavily sexualized, with stereotypes that must still be challenged, the participation of more men in the field might certainly help make it more equal for everyone.